It feels like true rhythm games have taken a backseat over the years with only a few standing the test of time. They are fun, but for some, they get burnt out rather quickly. Now we have A Musical Story entering the scene from Glee-Cheese Studio and Digerati to see if they can add more to the map and offer up something new and unique. A title that aims to give us some fresh much, but also tap into a story and play with the idea of musical memory. A Musical Story is out there now and we had a chance to sit down and take it for a spin. Here is our review on how well this game holds out in a genre that feels like it is slowly dying out there.

Things are starting out well for Gabriel as he is trying to come to terms with things while laid out in a hospital. Thankfully, he has his music and memories of all of it to help keep him going. As long as he can keep making all of the connections to the music and the memories that are linked to all of them from over the years. More so as each seems to unlock more and more of the memories out there to bring him closer to the truth about his past and work out there. 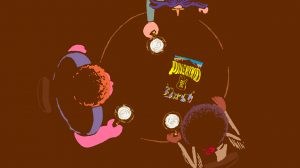 When it comes to rhythm games, one of the things that generally needs to be highlighted is how and when to time the button presses for the music that is playing. A Musical Story opted to go a bit of a different route than most other titles out there where you get no aid beyond the music to start out and as you fail then you get to see the prompts. Even when it comes to the tutorial section of the game this is present. While I understand A Musical Story is all about the music and the timing, this style deviates so much that it may make some want to give up instead of pressing on. This is an option that can be turned off, sure, but doing so limits how you can progress in the game. It seems like a neat concept to go with but when put into practice, it feels like more of a hindrance for those trying to learn and experience the game than something that forces a replay value so you can perfect each new track along the way.

Playing A Musical Story on the PlayStation also meant that we were taking the above gameplay and putting it into the controls of a normal controller. Not a terrible thing and many other games do this too, but it felt more like a missed opportunity to only use the left and right shoulder buttons to trigger the notes. Sure, there was a bit of a mix-up between them and then there were a few other aspects to worry about, but it all boiled down to the same controls one would have for a very basic FPS. Why not mix in other keys and buttons along the way to give A Musical Story a bit of a variety? It feels like a missed opportunity to me and I can see many others wanting more than the same two things over and over. Especially when the music is changed up so well along the way. 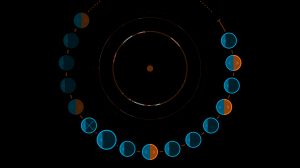 Speaking of, as it should not be a surprise, the music in A Musical Story is top notch and a whole lot of fun to hear and revisit. If that were not the case, then you would have been warned off from this title completely. This is one of the biggest reasons to experience it all as each new beat, riff, and melody we need to play along the way in A Musical Story will easily have you tapping your toes along with your fingers as you progress through. Given that the game has the backdrop of the 70s, it is mostly music from that era, but it is nice and soothing along the way. All to make it feel like we are also slightly in the creation process of it all instead of just playing the music a different artist had placed out there. Sure, we are still doing that but it never truly felt like that and brought that nice relaxing feel to it all.

All of which builds back into the replayability for A Musical Story. Since you are going to have to do this to unlock the full story by perfecting each of the tracks along the way, it is good that the music keeps you in that mellow state. Unlike other rhythm games where you feel anxious or irritated by missing a note, the calmness of A Musical Story gives you that mindset of “shucks, I will have to do better next time.” More so as you are met with more than just a gold star for perfecting the chapter and all of the tracks in it. You will want to try to complete it all for yourself instead of feeling as if you are being forced to along the way. Again, not the norm when it comes to titles in this genre all the time. 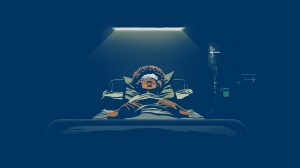 If you go into A Musical Story not expecting the same rhythm game you have seen many times over, then you will be starting out in a better place for it. The controls and gameplay elements are a bit on the basic side and you will want to go through once with the guides turned on, but the music and mood of the game will keep pulling you back in so you will want to complete it all. If you are not into rhythm games at all, obviously, A Musical Story is not going to be for you. For those looking to have a nice and mellow experience, though, you will want to turn the lights down and get ready to groove along with the melodies that are held within.

I give A Musical Story 20 Gold Stars on the Gold Star scale.

A Musical Story was developed by Glee-Cheese Studio and published by Digerati for the PS4, PS5, Xbox One, Xbox Series X, Switch, and PC on March 2nd, 2022. A PS5 copy of the game was provided by the publisher for reviewing purposes.