Dragon Ball Xenoverse 2 is an action-packed role-playing video game where you can create your Z fighter from the 5 iconic Dragon Ball Z races (Earthling, Saiyan, Namekian, Frieza race, Majin) over 100 skill moves you can choose from. (such as the iconic Kamehameha, Galick Gun, and Special Beam Cannon).

Once again history is being attacked by evil intruders! It is your responsibility as a Time Patroller to stop those who threaten to change the past and future of the Dragon ball Z/Dragon Ball Super Universe. You will be fighting characters from the movies such as Lord Slug, Turles, Cooler/Metal cooler, and Dragon Ball Z Broly. 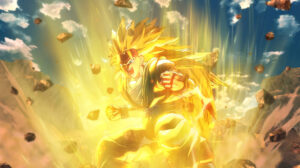 The story mode for Dragon Ball Xenoverse 2 was a bit short for me because the story mode was too easy to beat. Some of the fanbases didn’t care that much, but some of them said that it was interesting but short.

Also, there weren’t very many changes in the story, it kind of played out the same way as Dragon Ball Xenoverse 1 I was disappointed they could’ve done more for the story. The battle music would get too loud to the point where I can’t hear any of the dialogue or when a cinematic is playing.

In Dragon Ball Xenoverse 2, players have found cheap strategies for some races.

The Namekian race is often difficult to hit. It is mainly because they have long arms when they attack. So, most of the time you will be clashing for the rest of the battle, also their health regenerates when it is low. The Majin transformation is way too cheap. When a Majin transforms into Kid Buu they dodge almost all of your attacks. Saiyans have eight transformations which are more than all of the races in Dragon Ball Xenoverse 2. The online servers can be very horrible but it comes down to how good your internet or your opponent’s internet is.

When fighting in PvP you can get paired with players who are supper high in level so sometimes you’ll end up fighting a level 99 when you are a level 20 it can be very unfair. Some moves in Dragon Ball Xenoverse 2 can be very unbalanced you can stack up power-ups and nearly one-shot your opponent. 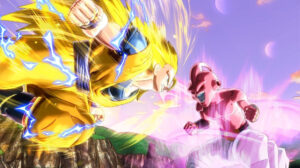 The story mode in Dragon Ball Xenoverse 2 was awesome I enjoyed it very much. A lot of dragon ball fans liked it too, but some may think otherwise. I think that Dragon Ball Xenoverse 2‘s story was a bit longer than Xenoverse 1 because they put more intensity into the game and to mix it up a bit. My favorite part of the story was Trunks turning into a Super Saiyan when he sees Gohan die by the hands of the androids and Mira absorbing Towa to make Final Form Mira, the 3D CGI animation in the cut scene and artwork was gorgeous. Don’t get me wrong, I enjoyed the story missions in this game but people may not agree with me when I say that Xenoverse 2‘s story mode is the same as Xenoverse 1‘s story mode but with different villains, plot twists, and more character introductions.

I like the use of the dragon balls you can summon the mighty dragon Shenron to wish for money, clothes, TP Medals, etc. Having to be able to summon Shenron can make you feel immersed in the Dragon Ball Xenoverse 2 world, especially having the characters from the anime/movies train you and give you their moves. You can develop relationships with your master to unlock unique dialogue give them gifts. 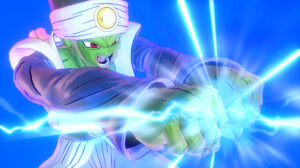 If you are a fan of Dragon Ball or three-dimensional RPG fighting games in the least bit, Dragon Ball Xenoverse 2 will be something you want to play. Even if you are not a fan of the show or those games, the satisfaction of grinding for getting something you want or flying around exploring all the different maps and playing with friends will never get old.

I give Dragon Ball Xenoverse 2 7 dragon balls to make a wish.

Dragon Ball Xenoverse 2 was developed by Dimps and published by Bandai Namco for the PS4, PS5, Xbox One, Switch and PC.