We sit down and review Pumpkin Jack. A spooky action-platformer that feels a little familiar. Here is our review of Pumpkin Jack

While Pumpkin Jack may have been released a few months ago on the various other platforms, it did not get to try to shine on the PS4 until now. Yes, this game is currently out on the consoles here and it looks as if Headup Games was trying to take the time to make sure it worked well here. That can be a bit of a benefit for those looking to have a game on their system of choice while others vet out any bugs that could be there. Now we have Pumpkin Jack on this new platform and we are diving in with a review of the game. Strap in to see if it hits the mark for a great platformer or if it is going to feel like a clone of another title that looks to have inspired it from the start.

Things in the kingdom of Boredom have been rather nice for a while. Too nice. So nice that the Devil has taken notice and opted to try to cause all kinds of hell for the denizens. As one would expect, they do not take too kindly to that so they gather together behind a great wizard to help stop these evil forces. This is not where Pumpkin Jack comes in, though. Further enraged that these humans would do this, the Devil then hires his own mercenary to bring it all crashing back down and take out this wizard. This is where Pumpkin Jack, as you are this mercenary to bring all forms of doom to these once neutral lands. 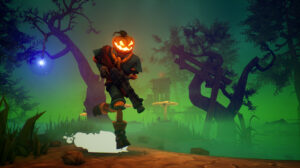 If the story here for Pumpkin Jack sounds a bit convoluted and off, it kind of is but in a fun way. That is not one of the things I held an issue with in the game. What it boils down to is how it is all disseminated to the player along the way between platforming and action sequences. Sometimes it is through an animatic scene that is fully voiced. Other times it is through a non-voiced text dialog that makes hard jumps between the talking characters that it gets a little nauseating. I understand that Pumpkin Jack is not out from a massive studio with unlimited budgets, but it was a harsh mechanic to place in here to help tell the story. More so when most of the animatic scenes were there to recap what we just played through and experienced along the level. It was a rough ordeal to sit through to try to understand what was going on in the game that I almost felt like mashing the skip button just so I did not need to sit through it all in the first place.

Sitting through it multiple times was also something that had to occur in the game where it felt like some of the platforming was a bit off and not as honed in as it could have been. This is an issue in many platforming games, sure, but there were multiple times I died in Pumpkin Jack that felt like it was a poorly timed animation or the physics were a bit off. Especially when it came to spatial awareness in the game and trying to jump or bounce between platforms to get to the next section. It was fully doable, sure, but as I mentioned it did lead to repeating sections and fight over from the top and never felt like it was designed to be more of the fun attempts to overcome my own failure kind of thing. This might be something that may entice players to Pumpkin Jack, though, but it felt like a hurdle that was rough to get over each time. 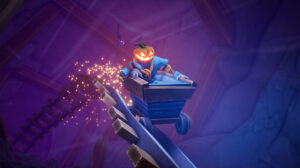 If you are looking at Pumpkin Jack and see that games like MediEvil had to be an inspiration, you would be spot on. I saw it and it was something that drove me to pay attention to the game before launch. Specifically for the humor and fun that is generally had with that. This was something that truly shined and felt like an homage more than a clone every time. The dialog and story were fun and had some great dark humor mixed in. Even down to the “you died” screens in Pumpkin Jack that always felt like they had a different message while reminding you how many times you have died; it was all in good fun. Something that humorous games can miss the mark on. These were only a few of the little things that I am going to mention, but there are a whole lot more and each time they popped up it was another little bit of joy brought into my life.

While I did dig into the platforming of Pumpkin Jack a bit above, I do need to show the game with some praise on the combat, exploration, and other puzzles that were found in each level. In fact, each level even had a twist to two different mechanics that felt fresh each time even if they were effectively the same. There were parts where you are “on rails” navigating some kind of course. Be it running through a set path in a burning barn or trying to outrun knights on a cart before they shut the gates on you. Then there were some sections where Jack removed his head to participate in other smaller games to progress through levels. Each one of these came at the right times to keep the pacing going in Pumpkin Jack as well as change up from just a combat and platforming style of game. Not once did I feel like I was being slowed down by these and they all added to a better experience while offering a few new gameplay elements.

Speaking to that aspect too, the boss fights in Pumpkin Jack aimed to take a similar approach. Each not only fitting the level in theme and style but modifying the usual trope of just rushing in and slashing or basic platforming to defeat them. It felt like it was being set up to have the basic combat fights from the first boss in Pumpkin Jack, which is why I was shocked to see that the next and each boss after were completely different to defeat. I am not talking in the way of patterns but what was needed to be done to do so. One requiring a whole lot of platforming to be able to survive until bombs fell from the sky to throw at them. Another to kite the boss into a situation where they stun and defeat themselves. It was a good mixture that we do not get to see a whole lot of in these kinds of games that lead us in with patterns we can repeat to get past each boss fight. 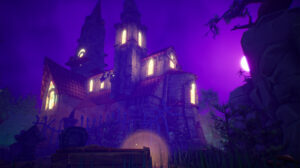 There is no denying that Pumpkin Jack does look like it could be a clone of other titles in the same vein and style. Thankfully, it only looks that way and it should really be seen as a love letter to those titles while still being its own thing. The story is a bit hard to follow along in the game and there will be some frustrating deaths along the way, but thankfully the game keeps it light and fun to draw you back into it all. Mix that in with some great deviations to the gameplay along the way to help the pacing and each level feel fresh for you to see what is next. Pumpkin Jack is on the recommended list here for anyone that enjoys this style of video game out there. It may not be the biggest of titles out there, but it is a nice “old fashion” game to break up the release of the bleak shooters and walking simulations we have had a lot of lately.

Pumpkin Jack was developed by and published by Headup Games for the PS4/PS5 on February 24th, 2021. A PlayStation copy of the game was provided by the publisher for reviewing purposes.