A leak may have just given us hope for Resident Evil 3 Remake as well as named out the upcoming Resident Evil: Resistance

The rumors have persisted and it looks like we might all have one more step towards the fabled Resident Evil 3 Remake that everyone has been looking for. Given how well the last one was received, it would feel like a missed chance by Capcom to not do it but nothing official has been placed out there. Although, over on Gamstat we did get a nice little logo that popped up and has been since removed showing that a Resident Evil 3 Remake may be in the works and we might be getting an official announcement here soon. Signs point to the upcoming Game Awards show but they could surprise us in another way. Nonetheless, we have a logo and possible look at how the characters will look if they actually go through with it and this is not an elaborate hoax.

What points more to this being true is that another logo popped up at the same time for a title we also know they have been working on. This one being Resident Evil: Resistance. Not a hard leap to look at the old logo for Project Resistance and make the leap of logic that it would get this naming scheme. You can see it below as it showed up at the same time as the one for Resident Evil 3 Remake and has thusly been removed too. Again, pointing to a possible big announcement soon. At least, that is the hope over in this camp as it is such a great franchise to keep rolling out with. More so lately too. 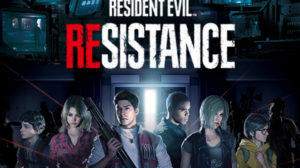 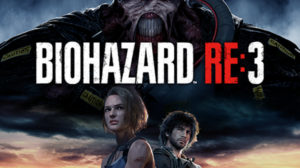 Are you excited to see that we might be actually getting a Resident Evil 3 Remake here or do you still need an official word before getting excited? Do you suspect that this is all correct given the bit with Project Resistance or is this all one big hoax to crush us all down with? Could we see both of these titles during The Game Awards this year or will there be some other event that will have these titles highlighted? Let us know your thoughts on it all down in the comments and then feel free to discuss. As soon as we have more for Resident Evil 3 Remake, we will have it on the site. Be sure to keep checking back in for all of that and much more.