A New Trailer For SOMA Has Hit The Web And It Shows Off The Location That The Game Is Going To Be Placed In; Underwater.

Back when I first heard about SOMA I thought it was a game that was another space themed survival horror title. Well it turns out that now it is an underwater survival horror title from the latest trailer and details explained by Frictional Games‘ creative director Thomas Grip. Have a look at the trailer and new screen shots and I bring the rest of the details to help understand why. 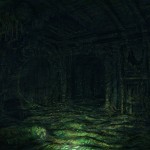 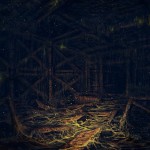 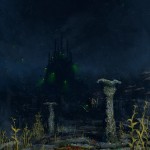 
There you have it. A really cool look at a facility under water filled with horrors. As well as the outside environment filled with its own things from nightmares. In fact, that is part of the reason that has been given as to the location SOMA takes place it. Yes, it sounds a little BioShock-like but when it was looking like a space theme there was loads of Dead Space comparisons. How about we treat it like its own entity and move along?

What I like here is that Mr. Grip has explained that it is more about the natural horrors that lurk in our own world. Like the fact that most of us only know what is going on near the top of the surface and not the down deep. Google those creatures sometime and tell me those don’t look alien or straight from your worst nightmare. Now lock in your fragile little husk of flesh that could never survive without all of the crazy technology and gear. I can see that mixing in to be a more thrilling ride with SOMA than those other two titles mentioned above.

Now if only 2015 wasn’t so damned far away. I for one will be keeping an eye firmly planted on SOMA so expect updates as they come.