As if we did not have a big enough reason to look forward to some WB Games out there, we also had the full reveal and announcement for Gotham Knights in the mix of it all. Yes, another in the Batman universe and coming from WB Games Montréal in 2021 for the PS4, PS5, Xbox One, Xbox Series X, and PC. Another co-op title that we can expect to have some fun in. Although, Gotham Knights is not taking us into the world of the Arkham titles as we have seen this developer dip their toes into before. Really weird as the announcement makes it feel like it is picking up after the events of the last game where Batman is dead. It is what it is, and we now have more to look at than cryptic clues.

In Gotham Knights, we will be picking the role of Batgirl, Robin, Red Hood, or Nightwing as they assemble to help fill the power vacuum in Gotham after said death. Something where we will be able to team up with another friend to head out into this open world to take down all of these big bads of the Batman line as they get up to now good. Each of the four characters, obviously, having their own different skills, abilities, and gear to use as they move and flow. All while the gameplay for Gotham Knights flows on both sides as we choose to go. Also with a similar melee and gunplay system we have grown to love over the years. Even if it is not set in the same line of titles. Something that still does not sit well with me but I will learn to deal with.

Warner Bros. Games and DC announced Gotham Knights, a brand-new open-world, third-person action RPG videogame in development from WB Games Montréal. Gotham Knights features the Batman Family as players step into the roles of Batgirl, Nightwing, Red Hood, and Robin, a new guard of trained DC Super Heroes who must rise up as the protectors of Gotham City in the wake of Batman’s death.

Introducing an original story set in DC’s Batman Universe, Gotham Knights offers a dynamic and interactive Gotham City where an exploding criminal element has swept through the streets. With the Belfry as their base of operations, this new era of heroes will solve mysteries that connect the darkest chapters in the city’s history and must defeat notorious villains in epic confrontations. Players must save Gotham from a descent into chaos and reinvent themselves into their own version of the Dark Knight.

Gotham Knights is playable either solo or as a two-player, online cooperative experience and will be available in 2021 for PlayStation 5, PlayStation 4, PlayStation 4 Pro, the Xbox One family of devices including Xbox Series X and Xbox One X, and PC.

While an announcement trailer is nice to have for Gotham Knights, unlike other things announced, we also have a nice bit of gameplay to look at here with Batgirl and Robin teaming up to take down Mr. Freeze. While the same combat maneuvers are not shown on screen as we could expect, it all does seem to flow as we may have wanted. The only weird hiccup happening when the duo tries to do a team-up attack here. It looks like there will be some interesting positioning we will have to take to pull these off in Gotham Knights with some form of reward after. Have a look if you have not skipped on down already and see what we can expect to be adding to the roster in 2021. As long as we all make it there…

In Gotham Knights, players can explore the open-world action of Gotham and patrol the dark streets of the city’s five distinct boroughs using a variety of traversal abilities and heroic combat moves, as well as the iconic Batcycle. As Batgirl, Nightwing, Red Hood, and Robin progress, their distinctive gameplay skills will evolve, along with a growing arsenal of weaponry and gear. Revealed in the Gameplay Walkthrough video, Gotham Knights features rich storylines for players to investigate, including face-offs against some of the most infamous DC Super-Villains, such as Mr. Freeze, who is set on engulfing Gotham City in ice.

The playable characters in Gotham Knights include: 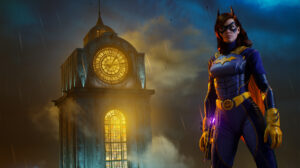 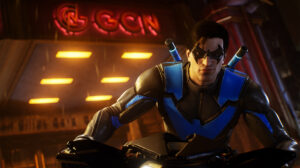 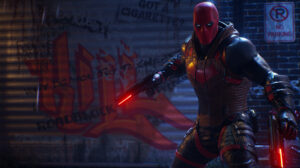 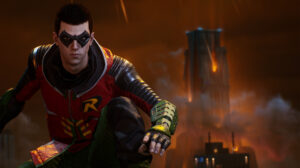 Are you excited to get deep into Gotham Knights when it comes out or will you still need more to get you fully excited here? Is it odd that we are not continuing after the events of Arkham Knight or do you think that was the better call here? Do you think we could see other characters added in along the way that fall into the Bat-Family or will this be the four we will have the whole time? Let us all know down in the comments what you are thinking and then feel free to discuss it all as we go. When we have something new to share for Gotham Knights, you know we will do so here. Just be sure to keep checking for all of that and much more.