Dying Light was one of the first games I got to sit in and watch at E3 and it was also one of the titles that really caught my attention leading up to the show. I completely enjoyed both of the Dead Island games and was interested to see how the FPS zombie genre was going to be changed as to make this a truly new IP for us gamers. Then I was a bit let down by essentially being shown Dead Island, with a few upgrades, mixed with the basics of Mirror’s Edge. This isn’t a horrible combination, but it doesn’t really create anything completely new. Let me break it down on what were the nice additions to what we already know.

One of the more notable aspects of the game is that the side quests/missions are placed randomly among the game map instead of being set locations. During the demo we were shown how the main character was running in a location and heard a cry from a girl and there was the option to help. It was explained that during other playthroughs it could have been a mission with another NPC, another rescue mission, or nothing but an empty house. For all of use completionists that sounds like a nightmare but it does keep the game a bit fresh for multiple plays. There needs to be a reason for us to replay, right?

Outside of that, I am at a loss as to what else is really all that different from other titles coming out or that Techland has already produced. I was kind of hoping for a bit of explanation surrounding what I jokingly speculated, but there was nothing. Everything was a solo free running experience in the middle of a zombie infested island. Even the zombies running around were pretty familiar to me and nothing mind blowing with the night time renditions.

It might sound like I was just as under-impressed as I was with my viewing of Destiny but at least with Dying Light it looks like the fun will be just where it was before with their other zombie IPs; zombie killing fun. I won’t lie and say I don’t hope for some really cool changes or additions that have yet to be shown but so far adding the ability to run anywhere without invisible walls to a Dead Island template works for now. I wish I had more to say but this is what I saw and experienced with nothing more.

There is still plenty of time to be shown new details as the game is slated for a 2014 release and really only got announced not too long ago. I’m keeping a close eye on it as I would the advancing zombie hordes, so expect updates as we get them. 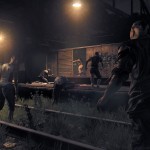 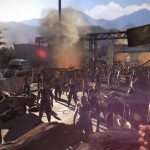 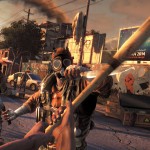 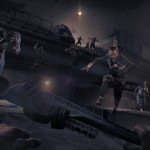 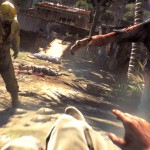