Here Is A Short List Of What I Think Should Be In Fallout 4.

With the latest news/rumors about Bethesda not actually developing the mysterious Fallout 4, but the lesser known Battlecry Studios is to helm the job, I thought I would give a short list of things I would like to see in the upcoming title.

First off, I would like to see something totally different. I love Fallout 3 and New Vegas because of their differences more than their similarities. I want to see new and exciting things that haven’t been explored in a Fallout game. Perhaps this game could predate Fallout 3. This could pose a lot of interesting backdrops for the proclaimed city of Boston.

The next order of business would be better character models. After two games of similar looking PCs and NPCs I am ready for some mixing up.

Next up, bugs and crashes. The past two games have been plagued with horrible bugs. Show some effort, and start funding that QA department.

Mods! They are a unique way for the community to be involved in a game they love. It can also add shelf life to any game. Maybe they could even add some of the more popular mods that almost everyone unanimously thinks should be included in the next game; like sprinting. I really hope whoever is developing the next game adds plenty of mod support. 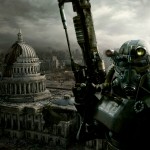 High-resolution graphics aren’t that important to me and are even less important for the Fallout franchise. Since the atmosphere pretty much carries the games for me but sadly vanity is a serious part of what makes or breaks a game these days.

Those are just a few of the things I would like to see. If you have any comments or suggestions please feel free to leave them in the comments section below.