Ubisoft has announced that Far Cry 4 is coming and coming as soon as November this year.

So we’ve had The Division delayed but now we have the announcement of Far Cry 4 to pick up the slack this year. Maybe this is what was meant by not wanting to compromise quality for The Division? None the less though it looks like Far Cry fans will have the next installment of the franchise to look forward to on November 18th 2014 on their PS3, PS4, Xbox 360, Xbox One, or PC. If Ubisoft had their way there would be an ‘and’ instead of the ‘or’ as you would be picking up Far Cry 4 on multiple platforms.

Outside of the announcement there is very little else beside the following piece of art and the location that Far Cry 4 will be taking place in. That place being Kyrat, an untamed region ruled by a despotic self-appointed king. That is lifted mostly from the release there. But it looks like we will be trading in the tropic island locale for a more mountainous location in this go around. From there it sounds like all of the dev teams involved will be keeping what was not broken from Far Cry 3 for Far Cry 4.

As with all of the announcements from Ubisoft here it looks like we will have more to look forward to at E3 in just under a month. That is even for the delayed titles too. Kind of odd but I won’t look a gift horse in the month. We’ll be sure to update as more news for Far Cry 4 comes to light. I guess I better get around to popping the older titles off my backlog huh? 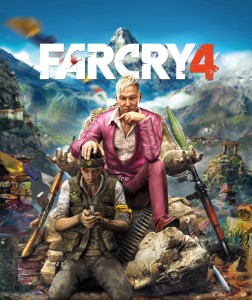