A short list of some of my favorite games of last gen consoles.

With the hype of the next gen consoles finally dying down, I decided to take a look back at some of my favorite games from last generation and reminisce about what drew me to those games. Or, I could just sit down and play them again and relive the gloriousness. That sounds like a great idea actually. I think I’ll do that after I’m finished here. Here is a list of my favorite games from last gen, in no particular order. 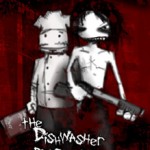 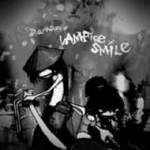 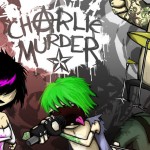 Ok so obviously Ska Studios is a developer and not a single game. But, I loved just about every game they put out and I couldn’t sit here and list every single one of them. Ska studios first caught my attention when I downloaded I MAED A GAM3 W1TH Z0MBIES 1N IT!!!1; a twin-stick, top down, wave survival shooter on the Xbox Indie Game Arcade. The simple gameplay and highly enjoyable soundtrack still has me going back to play this game often. It’s also a great game to play while just hanging out with friends in the house.

Afterwards, I picked up Zombies and Pterodactyls 2KXX (ZP2KX) from the XBIG Arcade without realizing it was from the same studio. The side-scrolling multiplayer death match game has been a favorite for me and my friends to jump into and play at any time we want. Their first Xbox Arcade hit The Dishwasher Dead Samurai is a beautiful side scrolling hack-and-slash action game that pits you in the shoes of a former dishwasher looking for revenge against the person who killed him. The game spawned its sequel The Dishwasher: Vampire Smile two years later and was received by me just as warmly as the first.

Their newest game, Charlie Murder, places you in the shoes of one of five band members in a band of the same name as the game. It is a glorious side scrolling beat-em-up much like the classic River City Ransom game on the NES. What Ska Studios has that keeps me coming back for more is their soundtrack and simplistic play styles. The games have a lot of ways to customize your game play and make it your own. The combo system is open ended so every move and ability can be strung into each other easily and perfected with minimal practice. Even though it’s easy the game has a lot for you to master and can provide hours of entertainment to anyone who wants to put the time into it. I eagerly await their next title. 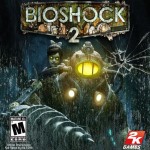 While I do love the entire BioShock series, BioShock 2 is my favorite of the trilogy. The game introduced the ability to combine plasmids adding a whole new level of creativity. But, the addition of a multi-player was amazing. While at its core it’s still just another multiplayer shooter, the plasmids and buffs are still a fun little addition in my opinion. While the ending in the first game depended solely on how you treated the little sisters, this game also keeps track of other actions you take and base the ending on those, in addition to how you treat the little sisters.

I recently purchased the Ultimate Rapture Edition which has the first two BioShock games along with all the DLC for both, so I’m going to go through and complete both the games again just to see what I missed from the DLC that I didn’t already have. 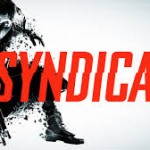 Syndicate was something I wasn’t expecting when I first played it. Besides being an FPS, it gave me the ability to hack into enemy NPC brains and either turn them against their allies or just fry their brains completely. The game’s upgrade system had a variety of passive abilities that you could unlock with upgrades picked up through searching the levels or defeating bosses. There is no prerequisite for any of the abilities but unlocking abilities that are adjacent to each other give a permanent increase to maximum health.

As you progressed through the game various enemies would appear that had to be weakened in some way before you could take them down; meaning recklessly using your active abilities could leave you with no way of eliminating an particular nuisance for a few minutes. There were a few times where I couldn’t get past a wave of grunts simply because there were too many and my abilities were on cool down. Over all, this game was an impulse purchase I made with no real foreknowledge of it and I was not disappointed by.

I’ve plenty more games on my list and I will be getting to them in another installment. All this reminiscing has me itching to play these games again. I have to take a break and get a quick fix. So keep your eyes here on for more soon.