The second part of a long list of great games.

Welcome to the second part of my favorite games from last gen. If you missed part one you can read it right here. Let’s hop right back into it. 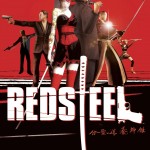 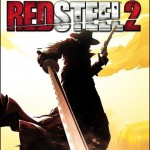 Red Steel and Red Steel 2 are easily my two favorite titles on the Wii. While they both may not be the best games on the Wii, they both were definitely great for pioneering the new technology the Wii brought forth. Red Steel showcased the new controller’s ability to use both motion controls, and sensor targeting in a single game. Given this was a launch title on a brand new console using widely unused technology it still had some kinks to work out. The introduction of the Wii Motion Plus was a great step in that direction. Since the new technology opened up a new world of possibilities, what better way to showcase it with games? The Wii Motion Plus was received almost like a new console, all with its own launch titles which included Red Steel 2. This game did a much better job of showcasing what could be done by allowing the player to freely switch between sensor targeting and the improved motion detection. I also really liked playing with swords. 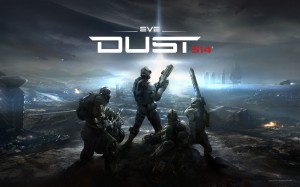 Everyone loves a nice generic shooter. Being able to just run around and not have to worry about restarting at a checkpoint just because you got stupid and died. Slight mistake, respawn and make up for it. Then you have Call Of Duty with their Search and Destroy mode giving you one life per round, meaning your mistake has a much higher toll. But if you’re like me, you can get pretty impatient waiting for the next round to start. Dust 514 gave and introduced a great way to dread death that had yet to be seen on a console shooter. The load-out system of the game was completely customizable all the way down to the suit that you wear. Each suit had base stats that governed how much you could equip and customize it. But, everything in the game cost money and if you died you lost everything in that load-out including the suit. So in order to continue to use the load-out you had to make sure you bought multiple stock of every item in the load-out.

After death you were cloned and reequipped with what you had available. The game was made by the people who brought you Eve Online. Both games take place in the same universe and actions made by the corporate clones in Dust 514 to capture territories reflect in Eve Online as well.

As far as generic shooters go, this one definitely stands above the crowd. The gameplay relies heavily on teamwork, much like the PlayStation 3’s other exclusive shooter MAG. The skill tree for the game is relatively large; given there hasn’t really been a shooter before it with a skill tree, so building your character to your specifics will take hours. Also building a character that masters all the skills will took forever without the micro-transactions. 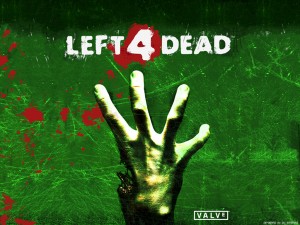 I want to start this part off by saying that I’ve almost completely burnt out on the zombie culture. I feel it’s been overdone and should be considered meme status by now. That being said, there are still a few zombie games that catch my attention.

Left 4 Dead was the game that revived my interest in zombies. Before this, most zombie games were simple wave survival games that had nothing else behind them. Resident Evil had its own story line and puzzles, but it also had the fear of not knowing what lies ahead or if you were prepared for it. Left 4 Dead took the idea of wave survival game and gave it new purpose. As a 4-person multiplayer FPS where you take control of one of four unlikely allies and survive an unlimited amount of zombies; some of which have special abilities that make them even more dangerous than the normal zombies.

As you progress through the level you run across weapon and ammo caches, instances that require you to hold your ground against large amounts of zombies as you wait for your way to clear, and even a large zombie, thusly named a Tank, that would crash and take massive amounts of damage and knock you around a bit. Originally there were four stages that led into each other, with the survivors escaping the level one way, and starting the next level with their previous escape vessel nearby or even just behind them. The first DLC added a new campaign between the first and second campaigns that answers what happened between them. The game also featured a competitive mode that pit two teams of four against each other. One group would play as the survivors while the other group would play as the special infected. The round would end when either all the survivors died, or at least one made it to the safe house alive. Then the groups would switch and the objective of the second team would be to survive longer than their opponents did. The game also featured your generic wave survival for people looking to kill endlessly with no real objective.

With that, I’ll conclude this portion of my list of favorites from last gen. Leave a comment saying which games were your favorite games on last gen’s consoles were. Also, remember to check back frequently for more news and reviews on PlayerHud.com