It looks like Saints Row: Gat Out Of Hell is what was announced during the PAX Panel.

Announced at our #PAX panel: standalone expansion Saints Row: Gat out of Hell! For PC, 360, XB1, PS3, and PS4. Play as Johnny Gat or Kinzie!

In the early hours of the day Deep Silver’s UK Twitter handle posted an image to tease what Volition is working on. Rumors point to a new Saints Row

If you are on GMT time, a night owl on PST, or just got up early today then you most likely saw the latest tease from Deep Silver that some are pointing to a new Saints Row announcement. This seems logical given the fact that if you are reading this at 10am PST then you are missing out on the Volition panel at PAX Prime. That or you are reading this while they are getting the ball rolling for said panel and good on you for doing so. None the less this is the tease and it is time to speculate before the final announcement or follow ups occur during said panel.

Before we go on with any Saints Row speculation I guess it might be good for you to see the full image that the company tweeted out this morning. Here it is and at the bottom of the page you can see the full message that Deep Silver’s UK account sent out before most of us Yanks were awake. 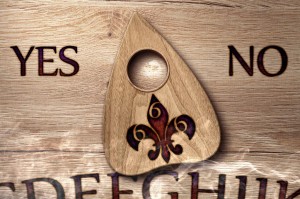 Now that you have had a chance to see the image let us dig into what this may mean if it is indeed a Saints Row title and not something else that the companies may be working on. I’ll list out my thoughts and you can feel free to do the same in the comments below. You know you all have your own thoughts on if this is a new Saints Row title and we want to hear it.

I’ll leave you at six different ideas behind this possible Saints Row tease. I am a bit hopefully for the other IPs instead of a new Saints Row personally. Not because I don’t like the franchise but I would like to let IV digest a bit more before I have to get excited for the next iteration. None the less by the time you are done reading this it will have been fully announced.

Something wicked this way comes… pic.twitter.com/YEIiCr9QxS