A screenshot from the upcoming Metal Gear Solid V: The Phantom Pain looked real enough to be used for real news

This news report has since been updated but it feels more like a PR spin than truly admitting that they screwed up and used an image from Metal Gear Solid V: The Phantom Pain to shock people into believing their propaganda or at least listen to what they were saying. “News” outlet RT and show SophieCo were recently covering a story on children soldiers and were speaking to a former child soldier when the camera panned by and showed a scene from the next Kojima game. Like I said, it has since been updated to state that they knew it was from a video game but I have a feeling that is just to save face as something like this could ruin what the discussion was actually about.

I don’t believe for a moment that they knew the Metal Gear Solid V: The Phantom Pain shot they used wasn’t real. I think they just got caught sensationalizing while using the next gen amazingness of The Phantom Pain. That would be the bigger news to me. You know, that games are hitting a point of realism that they can be used to show off real-world scenes and be completely mistaken. I know I was floored when I saw the advancements in Metal Gear Solid V: Ground Zeroes and that was just a taste of what is coming next from Kojima and Konami.

I personally am interested to see if this is going to happen anymore after Metal Gear Solid V: The Phantom Pain actually releases and we have a plethora of more visuals for “major news” companies to mistake for real events. I know it’s been done before but usually it is pre-rendered promotional videos or cut-scene from games. This will all be gameplay now so things can get even crazier as we move forward. I have a feeling that someone will take a screenshot of a pile of soldiers they knocked out in Metal Gear Solid V: The Phantom Pain and someone will make a big deal about U.S. soldiers and mass graves. At least that is my speculation on gameplay moving forward. 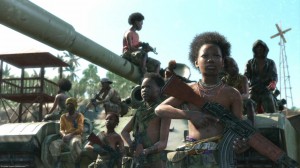