If you ignored the warning in the headline then you are ready for some Batman: Arkham Origins spoilers and new footage. If not, then consider this your second warning so you can’t get your panties in a bunch when I drop some possible spoilers in your lap. I’ll give you a few more seconds to decide here and then I’ll care on. Still here? Glad you didn’t wuss out.

First up on the plate, it looks like someone on the internet has decided to talk about two more possible assassin’s hunting down Batman in Batman: Arkham Origins. If the photos from the game, which look like some reviewer breaking embargo I might add, are to be believed it looks like Killer Croc and Lady Shiva could be potentially the last two in the list yet be announced. Granted, there are other villains already listed in the game who are not official assassin’s so they could just be making cameos but in Lady Shiva’s case it seems likely as she is already an assassin in the DC universe. 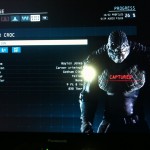 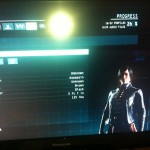 So if this is to be believed the full list would be:

So there you have it, although I personally am not putting stock in KC being an assassin in Batman: Arkham Origins but I think that is more out of a hope that the officially announced are the only ones we can confirm at this time and we will have two surprises in store. We don’t have to wait long now.

If for some reason you can’t wait, then take your eyes a bit lower and you can see another official seventeen minutes of gameplay for Batman: Arkham Origins. It covers one of the missions a bit into the game, as Batman references taking down one of the assassins already that is the assumption. It also covers the ‘new’ Batcave and Batwing aspects to the franchise. Effectively the Batcave is where you can train up and tackle challenge maps, outside of story, and the Batwing is a fast travel around Gotham as it is twice the size of Arkham City.

This is really where the more ‘spoiler’ content is here. Also, it looks like the frame rate on the visuals during cut scenes and facial animations are way off in the video but seeing as this comes directly from the Batman: Arkham Origins YouTube channel I think they know. Hopefully this is from a test build and not the build we will be getting on October 25th.