The Wolf Among Us

New screen shots for episode four of The Wolf Among Us have been released. That should mean the episode release is on its way.

Lookie there, we have some new screen shots for The Wolf Among Us‘ episode four. An episode titled In Sheep’s Clothing. That should mean, if my Telltale clock is working right, that we should most likely see the new episode in about two weeks. Also we should be seeing a trailer for said episode by the end of the week or early next week. That is about how clockwork they usually have been with The Wolf Among Us and The Walking Dead. Go ahead and look if you don’t believe me. One could almost set their calendar to it…or is it watch. Either way.

So let us take a look at these new shots for The Wolf Among Us — In Sheep’s Clothing and see what we can pick out and speculate on. The fun part of the day. 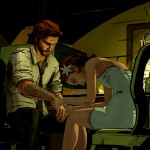 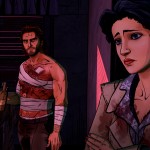 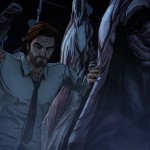 If I didn’t know any better I would swear that Bigby is going into the meat factory to hunt down the Predator here. Remember when Danny Glover did the same thing? If only that would be brought over for fun into the world of The Wolf Among Us. It does seem to have a lot of sad women though if you look at both Belle’s and Snow’s expressions in these shots. There are women being murdered left and right in Fabletown so it make a bit more sense but I have a feeling that it will all be linked to their male counterparts/love interests more than the dead working girls.

Hey, at least it looks like Bigby is getting a well-deserved drink after his awesome run in with Bloody Mary in the last episode of The Wolf Among Us. Gods I hope Mary and The Crooked Man play a larger role in this episode than before. Even with the short screen time from before they are already looking to be more interesting than any other character we’ve run into thus far. I can hope right?