A countdown site and Game Informer teaser sets us up for the announcement of the next Call Of Duty from Sledgehammer Games.

Who wants to get teased? That is just what is going on now for the next Call Of Duty title coming from Sledgehammer Games. For the first big tease you can head on over to the countdown site, callofduty.com/new-era, and see a nice little glitchy image that we can assume will be the logo and title for this Call Of Duty title. It is how Call Of Duty: Ghosts was handled before so it is no real big surprise. That is also if you forget that there will be a new CoD title every year. Either way, things should get all cleared up on May 4th at 10am PST.

If that wasn’t a tease enough here is the cover for the new Game Informer. This is stated to be an in-game shot that is being used for the cover. Have a nice long look. 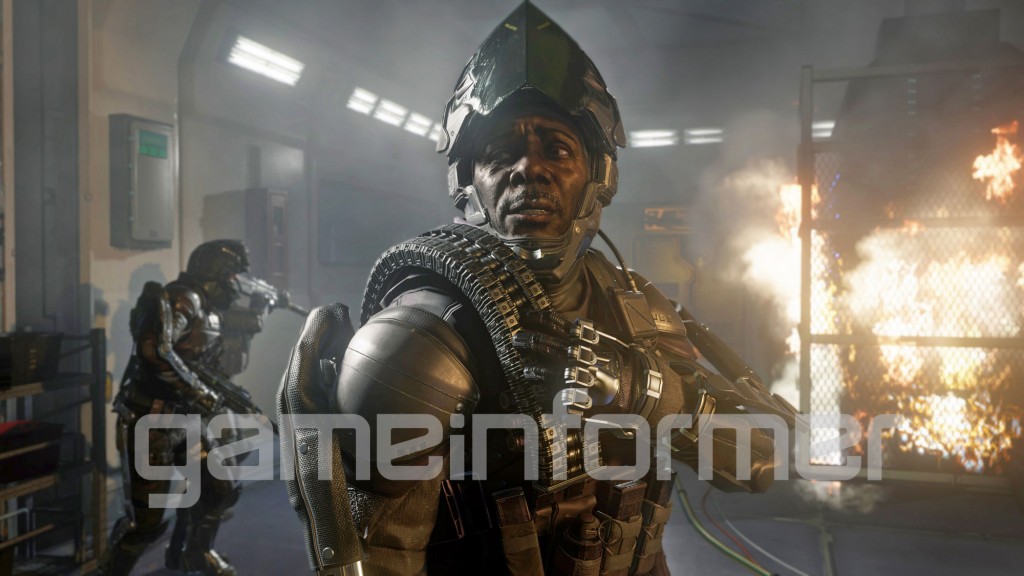 Holy fucking hells; that is in-game?!? That is downright beautiful and I hope that is all next gen and PC in-game and not pre-rendered at all. This Call Of Duty truly looks to be pushing the envelope in terms of visuals if this tease/rumor is true and not just a metric butt-load of hype and marketing. By the gods!

Excitement and awe aside now. Let’s dig into what all of this looks to mean for Call Of Duty.

Well, right out the gate we can see that this Call Of Duty title is slated for a modern or near future era based on the body armor and environment shown here. The helmet that is lifted over the character’s head does look to be like the “power armor” that was used in the G.I. Joe films but also like that of a medieval knight. Look at that and don’t tell me that doesn’t look like something right out of the jousting lists.

Also, how the image for this was originally titled this character is either named Blacksmith or the subtitle for this Call Of Duty is Blacksmith. I know there were rumors abound that this was the in-house title to keep people from knowing the truth before announcement but if I had to guess I am going to go with character name now. You know those military people and their slightly racist nicknames and all. Unless there is some time travel mixed in and the Blacksmith is a reference to the team being sent through a vortex of time and space into medieval times. That would be an awesome twist but highly unlikely as the multiplayer for that Call Of Duty would be a nightmare of resource management.

Whatever the case may be we will have an official announcement trailer for this year’s Call Of Duty on May 4th. Hopefully it will drown out all those damn annoying “May The 4th Be With You” posts on social media. If it does then I don’t care if they have you running around in tutus shooting unicorn farts at each other. That stunt alone would garner my money for the next Call Of Duty.