A Kickstarter fundraiser for a new Orion game called Orion: Prelude, will start February 27th. Going from Dino Beatdown to Dino Horde, and now Prelude. Prelude feels like it will be the game Spiral Game Studios has been working towards since the beginning. Everything looks like it is going to be kicked up a few notches as well.

While Dino Horde is a very fun and solid game it does have its flaws. I personally wish that there were more servers to choose from, and that there could be more customization. It would also be cool to see more diverse maps with a more diverse array of dinosaurs joining the fray. I could easily see a mod for this game in which you fight Godzilla. I don’t know if I am alone in that, but I can dream, can’t I? 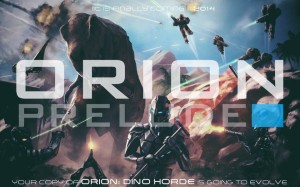 I am sure when Prelude does come to the masses it will still be supported and worked on later down the road. So, I would suggest keeping an open mind for future updates to the game to also keep things fresh and exciting. A game mode, I think, should be implemented barrows from the Carnivores series, in which you can hunt specific dinosaur(s), while also meeting other types of dinosaurs, both friendly and dangerous.

Orion is only $0.99 right now on Steam, so now is a prime opportunity to experience one of the most fun games I have played in recent memory. 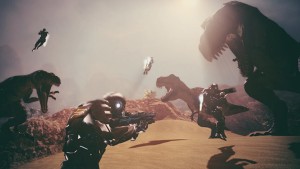 You can read the full press release on Spiral Games Studios’ website as well as a short story of the development. They also have a short Q and A segment at the end, which may help put some of their fans’ fears to rest. One question that I will spoil for guys is this: