It has been officially announced that PlayStation owners will be getting Plants Vs. Zombies Garden Warfare this coming August

Originally there was a rumor being spread that Plants Vs. Zombies Garden Warfare was finally making the jump to the PlayStation platform. EA was tweeting out mock images of PlayStation owned franchises with the PvZ twist to them but then left everything to speculation. The internet being the internet totally began the speculation and made the short leap of logic that this was some form of announcement that Garden Warfare was on its way to the PS4 and PS3.

Here are those images just so you can see and make the simple leap of logic that people were at one point claiming some pretty outlandish ideas about Plants Vs. Zombies Garden Warfare. 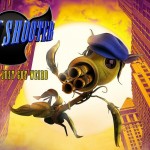 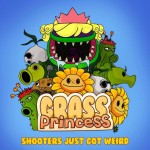 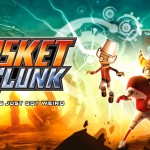 Well, the speculation train didn’t have far to go before EA and PopCap just made the full announcement just before E3. Yes, Plants Vs. Zombies Garden Warfare is fully coming to the PS4, PS3, and PS Vita (Through Remote Play) on August 19th. Not only that but all of the DLC up until now will also be packaged in this release of the game so all of the PlayStation holdouts will be able to catch right up with all of their Xbox counterparts who have had the game for some time now.

If you want more explanation and a bit of goofiness here is the “reveal” trailer that made all of this Garden Warfare news fall out of the rumor mill. This could have excited me more as this has been one of the titles that have made me want to get a XB1. Now that it will add to the small PS4 library it looks like I will be able to hold out just that much longer. I just hope they have it playable on the PS4 at E3 here. Then things would be perfect.