South Park: The Stick Of Truth

I am so glad to see that South Park: The Stick Of Truth is still moving forward and striving given the loss of the original publisher and completely missing the launch date. While Ubisoft did purchase the game during the great THQ fire sale, I was a bit worried that this was going to fall into development Tartarus or be so altered it wouldn’t be what we were led to expect. From the looks of the below screen shots and the bit of new information we have here it sounds like it is going to be just what fans of the show should expect.

What is it that I say we should expect? Well besides it being a standard turn-based RPG, we have the humor. Everything from the fact that the main playable character (Douchebag as I’ve always seen him introduced) will have the main attack of farts to an entire level that sounds like it follows the first adventure of Lemmiwinks. For the uninitiated the means that there will be a whole portion of the game where you have to fight your way out of someone’s body after entering it through the “back door.” I’m guessing you get in by using the shrinking powers of the Underpants Gnome’s magical underpants.

Outside of the humor and raunchiness we can also look forward to utilizing the awesome reaction button presses that were made famous by Mario RPG. You know the specially timed button press that would either add extra damage to your attack or provide extra protection in a block. This will hopefully keep all the farting and other special attacks a bit more interesting after the 100th time deployed. This feature from Mario RPG still has me pressing the button in most current RPGs even though it doesn’t do a damn thing. Glad to see that it will soon.

Lastly, and I am sure we will hear more on this at E3, there will also be some kind of Facebook hub to add some form of socializing in The Stick Of Truth. From basic descriptions it sounds like statistic tracking and “event sharing,” but knowing Ubisoft’s love of doing Facebook tie-in mini-games I have a feeling it will do more than that. At least hopefully it will do more than just link your uPlay account. We’ll have to wait and see.

Hopefully all questions, including release date, will be answered in the coming week. South Park: TSoT is one of the titles I am excited to check out at E3 and I hope I am not let down. 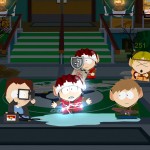 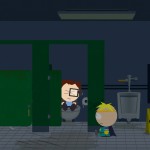 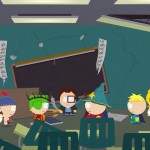 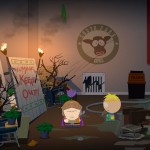 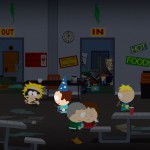 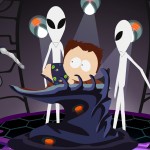 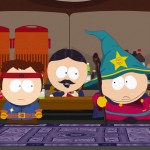 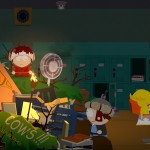 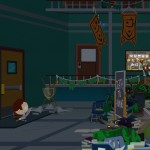 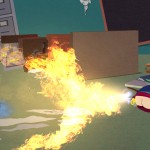