Let Us See How These Two Exclusives Titles, Titanfall and inFAMOUS Second Son, Fair When They Go Head To Head.

Obviously both are heavy hitters for their respective consoles coming out this month. In the case of Titanfall being released (3/11/14); I find it to be a very interesting time seeing two console exclusives coming out in the same month. I also find it very fun to speculate on things concerning the two. Not to put one over the other or choose a side, but just to compare the two.

Let’s start with Titanfall: This is the first game from the former Infinity Ward team members since they left in 2010, to form Respawn Entertainment. It is astounding to see what you can do with a few years of development, one can only think what Call Of Duty could be if it had the development time of Titanfall, which has swept up many awards, and is sure to gain lots of critical acclaim from the gaming community. It does seem to have quite a bit of edge over Second Son, as it currently stands. 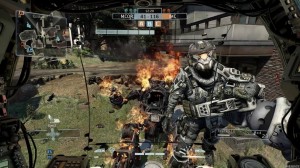 Though it is hard to judge a game when it is still being hyped to the moon, it does have a lot of positives going for it in my mind. For one, I used to enjoy hours of pointless fun in the old Call Of Duty games; I hope that Titanfall can recapture that sense of fun. The second reason is giant mechs! I used to salivate over the Armored Core series and was enamored with the different Gundam series growing up, so this is a special plus for me. Something else Titanfall seems to being excelling at, is putting the new consoles boundaries to the test (much like how I feel Halo 3 did for the Xbox 360). Usually we have to wait a year or more for an exclusive to come out that shows how improved the new consoles are. It looks like we are getting to see some of it only half a year in.

Now for some of the cons: with this being from guys who used to work on Call Of Duty, will this be more mindless fun for someone with nothing better to do than burn a few hours on a new game with a mech aesthetic, or will it be a game in which fun can be derived from becoming skilled at the game? Being over-hyped is certainly a concern for me since with so much hype, it might be hard for someone like me who is holding out to get my next gen systems at a much cheaper price, that when we do get it, we might feel a little underwhelmed.

Now let’s move on to inFAMOUS: Second Son. It is the third installment following inFAMOUS 2, seven years later. With this being a sequel instead of an original IP like Titanfall, it will not be judged on its merits alone, but also how it stacks up with the other games. It seems like the plot of the game follows the story line in the show Heroes. Although, that may not be a bad thing. I still do not know if the main character Delsin Rowe is a protagonist or antagonist. I know that the previous game was based on karma, but it seemed like Cole had a reason for becoming a meaner guy; still cleaning up the city, just in a more ruthless way with less regard for the people. The promotional stuff I have seen, makes this guy look to be the main antagonist or maybe Sucker Punch is really clever and will have one of the people in the DUP keeping their being a conduit a secret, while using Delsin as the marketed character, but he will turn evil and his brother has to reel him in and keep him from going insane. 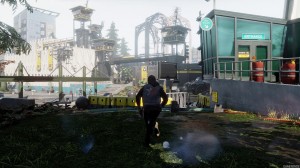 Pros for this game will be a new inFAMOUS game on our shiny new consoles. It seems like it will take everything we liked about the first two games and flush it out; with better graphics, more powers, and adding even more to the world. Seeing as how this game will possibly maximize the PS4’s hardware is sure to be a treat! I always enjoy seeing when games take full advantage of everything a console has to offer.

I struggle to find any cons with this game. Some general concerns I have though, are that this game will be too big. That it will sacrifice graphics for bigger and hopefully better game. While I am perfectly fine with that, some people might be disappointed if they don’t get to see a really high resolution game. Another concern I have, is that if this is a really good game, people who liked the first or second installments better won’t give this game fair praise.

It will certainly be interesting to see the aftermath of Titanfall and Second Son going head to head for their respective consoles. It will surely be a huge boost for each console from a sales and marketing standpoint. No matter what your preferences are, both of these games are shaping up to be tremendous next gen titles to enjoy. As always, feel free to leave any and all feedback in the comments below, letting us know your opinions and ideas.