If there was one title I was overly excited to check out at E3 this year it was Murdered: Soul Suspect. Just the basic announcement by its self gave quite a few reasons why it could be an amazing new IP, but I got to actually sit down and check out a bit more of the game than has been shown. Here’s a bit of what I am sure we will all be able to see here in the not too distant future.

As has been mentioned in the announcement, we get to play as Ronan O’Connor who used to be an investigator in Salem, Massachusetts with a shady past. In what seems like an attempt to not force an exact belief structure, Ronan gets dropped in The Dusk (Ghost realm) that is a bridge between the land of the living and whatever is the “next.” Within the Dusk there are a plethora of other ghosts and destroyed locations that exist as just a memory of their former selves. Also, what would the game be without some kind of threat in the game world? So there are “demons” stalking the Dusk as well as the normal denizens, the difference is that instead of being the traditional demons of Christian mythology, these are ghosts who have been in the Dusk too long and have turned to sucking the souls of others to keep going. I am sure there is more to it but that is what we got to see.

It is kind of refreshing to see that a developer is trying to keep for using the traditional ‘ghost’ and ‘demon’ style of enemies and NPCs even though Murdered‘s game world could easily pull from the standard with ease. Even while placed in Salem, a location that has a rich supernatural history, Airtight is staying a bit away from the standard, at least as we were shown.

Moving on to a few of the interesting game play features we got to look at the “free” movement that being a ghost allows for as well as how Ronan will be defending himself. Being a ghost should allow for you to pass through anything in the physical realm with ease and that is the case in Soul Suspect. At least it is to some degree but with a great explanation. While inside most buildings you can sneak through the whole building’s interior freely but the exterior walls are consecrated due to the superstitions of Salem. So there will be “invisible walls” but it is a hindrance that makes sense given the world and the character’s abilities instead of the Character not being able to walk over a crashed car.

How does all that play into the enemies of the game? The demons cannot see through the solid walls even though they can move through them. Ronan also doesn’t have any weapon to defend himself so he will be required to sneak about when the “demons” are present. That or use the visual barriers to get the drop on them and use one of his new ghost powers to banish them. Effectively this takes the investigation aspect of the game into the combat as you will need to find the hidden pathways and nooks to get past all of the horrors in the Dusk.

One final thing that we got to look at on a very limited scale is what I am calling the “Badge System.” During the game Ronan receives badges, or as I see it XP. The amount represents how well Ronan has solved parts of the investigation, solved a specific puzzle, or aided a fellow ghost. In the end you get to use these to purchase powers and upgrades throughout the game. This seems a bit odd and a little out of place as I am sure that only Ronan will be getting his ghost skills this way in the game world. Granted, this is the only character we need to worry about but in the scheme of how all ghosts advance it seems a bit odd to have them gaining badges. Maybe it will be mentioned that it is different for each shade in the world of Murdered.

At the end of it all I am even more interested and excited for Murder: Soul Suspect to come out. It turned out to be a bit different than what I was expecting before but in an amazing way. I think Airtight and Square Enix are going to have an amazing hit and new IP in their hands in 2014. I also hope that we get to see a bit sooner than later even if it spoils some of the game for me. 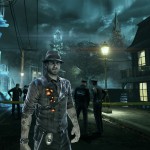 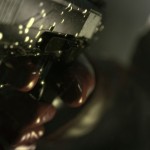 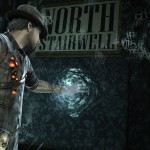 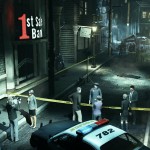 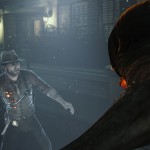 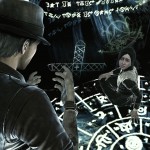 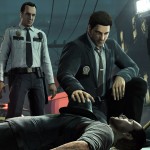 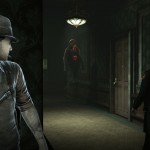 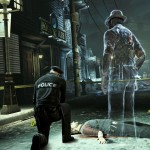 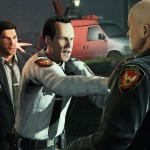